Nigel Farage is the man behind Brexit and one of the most influential party leaders in Europe. He calls out the disastrous Senator Mitch McConnel, the head of the corrupt establishment wing of the Republican Party, and Joe Biden for his outrageous hypocrisy on mob violence. 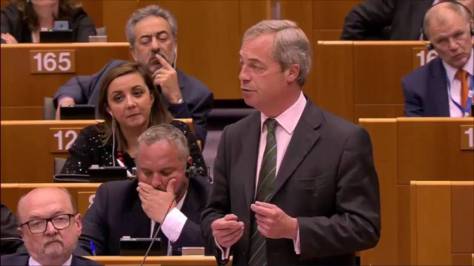 Joe Biden is in denial over Antifa and the radical left. This is why… pic.twitter.com/wf3cSybKgM

Trump’s greatest legacy is that he restored faith and trust in politics.

He made promises and kept them. pic.twitter.com/6t0lCwBw1C

An interesting fact about Nigel Farage. Someone, perhaps Vladimir Putin, had managed to get communist apparatchiks installed in many of the key bureaucratic positions in the EU government and it had taken a very hard anti-democratic authoritarian turn. Nigel Farage and his UK Independence Party put a stop to most of it by shining the light of day on their activities and openly mocking them. His mocking was brutal. To say that Nigel Farage stopped “The Fourth Reich” we believe is not an understatement. This is how he did it. Watch and be amazed: