After the Russian Collusion hoax and the Ukraine hoax they sure tried really hard.

The FBI/CIA/DoJ was out to smear and destroy Donald Trump since he became a credible threat to Hillary Clinton. They tried to manufacture crimes, set up allies to perjure themselves, planted lies in the corpomedia, lied to the FISA Court, spied on his campaign illegally and prosecuted Trump allies while hiding the fact that they knew it was all made up.

Glenn Greenwald, who is one of the better Intelligence Community (IC) reporters, posted a report form another IC journalist John Schindler:

The Trump Tweet (below) had the IC fuming as no one had ever stood up to them before so boldly, well not at least since President Kennedy was assassinated. 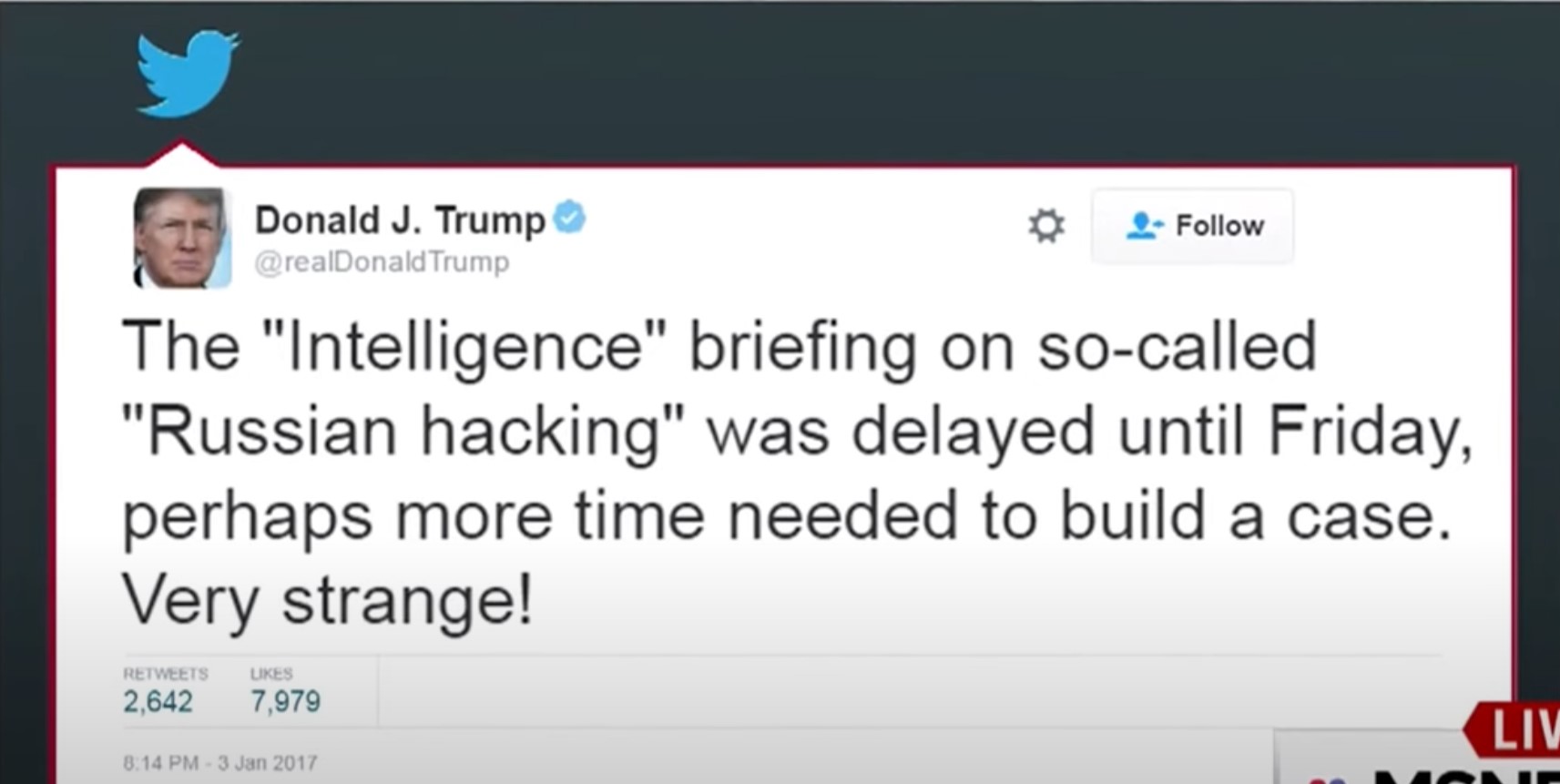 Schindler is not nearly as successful as Greenwald and is what is known as “access media.” Access media are those journalists who are still small time who will say whatever their sources tell them to say, are never critical of them and do what they are told in exchange for access. John Schindler is still pushing the Trump/Russian collusion hoax today even though the cat has been out of the bag for over a year.

Schindler’s credibility issues aside, he does what he is told so we believe the reported threat is accurate.

Senator Charles Schumer said that Trump’s taunting of the IC would have consequences as “they have seven ways from Sunday to get back at you.”

A question that we and many other people are starting to ask is, “Why are the FBI and CIA still a thing?”

Emails and audio evidence: DNC colluded with Ukraine to take down Trump in 2016. They could not have done this without the cooperation of the IC: