UPDATE II – Glenn Greenwald explains how so many press outlets lied and knew they were lying as the contents of the laptop were easily verifiable. The computer repair shop who had the laptop gave a copy of the drive to the FBI. The FBI conformed it was real. https://www.youtube.com/watch?v=dglQmOeBXG4

Taking bribes from the Chinese/Ukraine and  “the big guy” gets 10% according to emails on the laptop. Hunter Biden business partner Tony Bobulinski confirmed much of what is on the laptop, but the media ignored that too and censored it along with their big tech allies.

Joe Biden told the world that he had nothing to do with Hunter’s business dealings, but the laptop has overwhelming evidence otherwise such as this photo:

Our best guess on why this is coming out again and why CNN is now attacking Biden almost regularly is that high level bureaucrats in the national security apparatus have realized that Biden is too incompetent to govern. These same bureaucrats were undermining Trump because he was working to limit their power.

Democrats and their corpomedia allies protected Hunter Biden and “the big guy” was was getting 10% and just forgot about that fact that not only is Hunter the money bag man for the family, he while married, was having sex with his dead brother’s wife, and her sister, and impregnated a stripper in Alabama and how many prostitutes?

But it must be OK because Hunter is an “Artist”…so long as we don’t find out who bought the “Art.”

Nearly a year after the New York Post Hunter Biden laptop story that Big Tech companies suppressed weeks ahead of the 2020 presidential election, Politico reported Tuesday it had in part confirmed the authenticity of the material.

“A person who had independent access to Hunter Biden’s emails confirmed he did receive a 2015 email from a Ukrainian businessman thanking him for the chance to meet Joe Biden. The same goes for a 2017 email in which a proposed equity breakdown of a venture with Chinese energy executives includes the line, “10 held by H for the big guy?” Politico’s Ben Schreckinger reports in his new book, “The Bidens.”

“Emails released by a Swedish government agency also match emails in the leaked cache, and two people who corresponded with Hunter Biden confirmed emails from the cache were genuine,” Politico Playbook added in its tease of the book. “While the leak contains genuine files, it remains possible that fake material has been slipped in.”

The Post’s report on Biden’s laptop set off a media firestorm last October as it shed light on the younger Biden’s overseas business dealings in Ukraine and China and revealed how he traded on his powerful name. One email appeared to show Hunter Biden introducing his father, now President Joe Biden, to a top executive at the Ukrainian energy company Burisma, where his son collected a large salary as a board member.

But what about all of those “National Security Professionals” who signed a letter saying it was Russian planted disinformation??

Among those outlets was Politico; writer Natasha Bertrand penned a piece headlined, “Hunter Biden story is Russian disinfo, dozens of former intel officials say.” Many of those on the letter, who Bertrand acknowledged “presented no new evidence,” endorsed Biden. 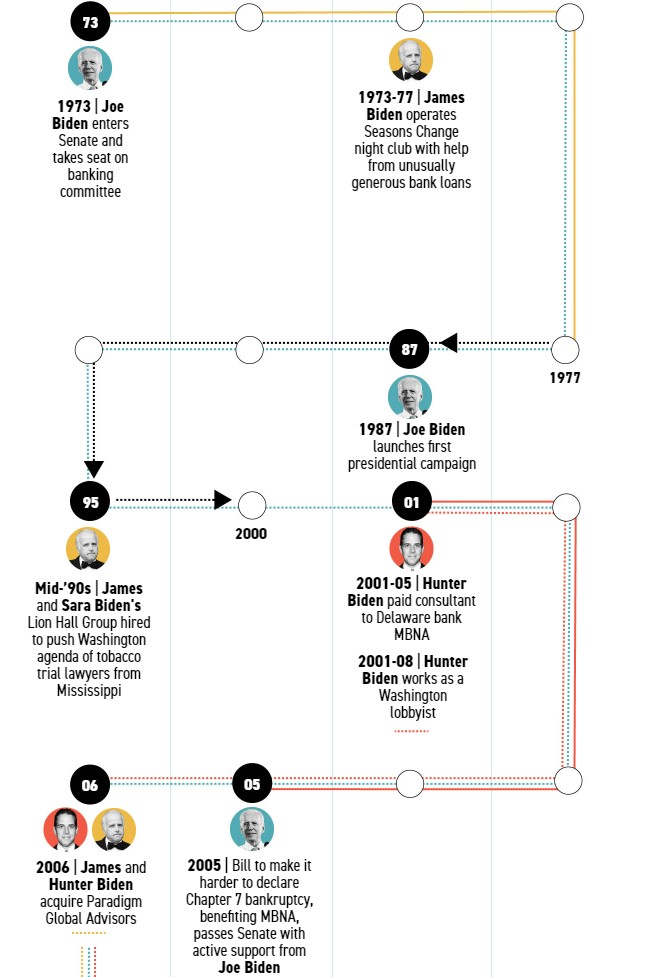