You say that you are a progressive. 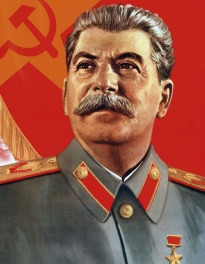 5 – Talk about overthrowing our society (replacing the system)

7 – Have not opposed the weaponization of the justice system.

8 – CRT which comes from the Frankfurt school of Marxism.

9 – Support the undermining of local policing (so that a federal police can take it’s place).

11 – BLM has said they are Marxist and want the destruction of the nuclear family.

12 – Exploit environmental alarmism to get centralized control of the economy

13 – Compelled vaccination – on shots that are not yet fully FDA approved. “My body my choice” went out the window just like that didn’t it?

14 – Just a few months ago  – No id, no signature verification, no address verification, with mass mail out ballots is the most secure election in history and asking for id is racist. Now – the far left went from “Punch a nazi in the face” to “May I see your papers (vaccination passport) please” to travel, go to the gym or eat at a restaurant.

A social activist is a girl scout selling cookies and that ain’t you. What you are is Louis Farrakhan dressed up as scholarship.

In fact, most every leftist intellectual says the same. Progressives, liberals, fascists, socialists etc are all minor variations on a theme. They are all authoritarian…and they say this approvingly. Such leftist thinkers include, Antonio Gramsci, Saul Alinsky, Cloward and Piven, and Walter Lippmann:

This is an excerpt from “An Inquiry into the Principles of the Good Society” by Walter Lippmann. We suggest you read it carefully:

Although the partisans who are now fighting for the mastery of the modern world wear shirts of different colors, their weapons are drawn from the same armory, their doctrines are variations of the same theme, and they go forth to battle singing the same tune with slightly different words. Their weapons are the coercive direction of the life and labor of mankind. Their doctrine is that disorder and misery can be overcome only by more and more compulsory organization. Their promise is that through the power of the state men can be made happy.

Throughout the world, in the name of progress, men who call themselves communists, socialists, fascists, nationalists, progressives, and even liberals, are unanimous in holding that government with its instruments of coercion must by commanding the people how they shall live, direct the course of civilization and fix the shape of things to come. They believe in what Mr. Stuart Chase accurately describes as “the overhead planning and control of economic activity.” This is the dogma which all the prevailing dogmas presuppose. This is the mold in which are cast the thought and action of the epoch. No other approach to the regulation of human affairs is seriously considered, or is even conceived as possible. The recently enfranchised masses and the leaders of thought who supply their ideas are almost completely under the spell of this dogma. Only a handful here and there, groups without influence, isolated and disregarded thinkers, continue to challenge it. For the premises of authoritarian collectivism have become the working beliefs, the self-evident assumptions, the unquestioned axioms, not only of all the revolutionary regimes, but of nearly every effort which lays claim to being enlightened, humane, and progressive.

So universal is the dominion of this dogma over the minds of contemporary men that no one is taken seriously as a statesman or a theorist who does not come forward with proposals to magnify the power of public officials and to extend and multiply their intervention in human affairs. Unless he is authoritarian and collectivist, he is a mossback, a reactionary, at best an amiable eccentric swimming hopelessly against the tide. It is a strong tide. Though despotism is no novelty in human affairs, it is probably true that at no time in twenty-five hundred years has any western government claimed for itself a jurisdiction over men’s lives comparable with that which is officially attempted in totalitarian states.

Nearly everywhere the mark of a progressive is that he relies at last upon the increased power of officials to improve the condition of men. Though the progressives prefer to move gradually and with consideration, by persuading majorities to consent, the only instrument of progress in which they have faith is the coercive agency of government. They can, it would seem, imagine no alternative, nor can they remember how much of what they cherish as progressive has come by emancipation from political dominion, by the limitation of power, by the release of personal energy from authority and collective coercion. For virtually all that now passes for progressivism in countries like England and the United States calls for increasing ascendancy of the state: always the cry is for more officials with more power over more and more of the activities of men.

One thought on “So you say that you aren’t a Marxist….”