The Taliban promised amnesty as we see in the following video…

Warning Graphic – The chief of security for Badghis province was executed by the Taliban last night after he surrendered.

Taliban ‘Intensify Search’ For Afghans Who Helped U.S., Have A ‘List Of People’ To ‘Question And Punish’ – LINK

When it is so bad that your biggest sycophants have done a 180. This gives Democrat’s political cover for using the 25th Amendment or impeaching.

No journalist in the world understands US and British intelligence agencies better than Lara Logan. She has sources that make the Washington Post and the New York Times green with envy. Why? Because such sources do not trust WashPo and NYT, they trust her.

There is someone in US power wanted this outcome Logan says. The idea that we didn’t know how well the Taliban was coordinated is preposterous. They did their planning and communications using Twitter, Facebook and WhatsApp. Big tech actively gave aid and comfort to the enemy as if they had permission…. and the only reasonable position to believe so far is that they did. The human cost of all this is yet to be tallied.

[Editor’s Note: The CCP benefits from this in a big way – think Taiwan. Russia benefits as NATO has had its credibility gutted. Who would throw their hat in the ring with us after we betrayed those who helped us in Vietnam, Iraq and now Afghanistan. Someone wanted this.]

The entire one hour video can be seen below:

The Biden administration moved in June to dismantle a system designed to protect American citizens trapped abroad — just months before the Taliban took over Afghanistan, stranding thousands of Americans in the Central Asian country.

Fox News has obtained the June 11 memo sent around the State Department which gave the green light on the “discontinuation of the establishment, and the termination of, the Contingency and Crisis Response Bureau (CCR).”

The sensitive but unclassified memo was signed by Deputy Secretary of State Brian McKeon, just a couple of months before the Biden administration’s botched troop withdrawal that saw Afghanistan fall under Taliban control…. 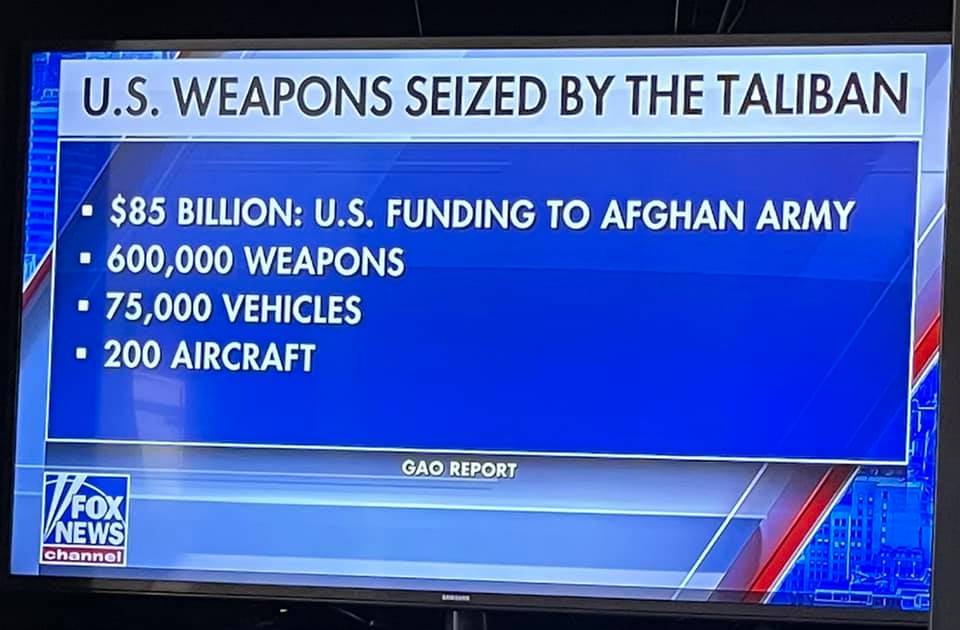 Those who were our closes allies in Afghanistan should be evacuated if at all possible. We know who they are as we have a database of most every Afghan citizen complete with biometrics.

That is a very different thing from converting that to “If you don’t support open mass immigration with open borders then you betrayed the Afghans and you hate brown people”…but that is the game Democrat’s are already playing….even while thousands of Americans have been left to fend for themselves by the incompetent and callous administration.

Tucker Carlson has the video and details: