China is also using it’s money and economic muscle to pressure state and local governments and interfere with our elections. You don’t see Democrats or Joe Biden lifting a finger to stop it.

Imagine that far-right demonstrators were laying siege to American cities for months, led by activists explicitly calling for an “ethno-state,” and that one of their groups was funded by an outfit involved with Vladimir Putin’s Russia. It would lead the news every day and there would be congressional hearings, right?

And rightly so. The threat of foreign interference in our domestic affairs is a serious matter, whether the suspects are rivals such as Russia or friendlies such as Mexico. This is especially the case if a foreign power were abetting unrest that aims to topple our constitutional order.

Well, the scenario described above is happening, though not with Russia or the far right, but with China and the leftist disturbances upending America and seeking to transform it.

Yet, there has not been a peep from the media or Congress about China’s support of the riots.

The CPA was founded in San Francisco in 1972 during the heady days of the Marxist-oriented Asian American Movement, and today it also has a very active chapter in Boston. From its start, it has been a promoter of the People’s Republic of China.

The Chinese Communist Party is engaged in an effort to infiltrate and conduct espionage on state and local U.S. governments, the latest front in a growing proxy war between America and the Communist regime, according to Secretary of State Mike Pompeo.

During a Wednesday speech in Madison, Wis., Pompeo pulled the curtain back on the Communist Party’s efforts to peddle influence and cultivate allies in America’s state and local governments. While the Trump administration has worked to ice China out of the federal government, local institutions have been more receptive to CCP influence operations, Pompeo said.

“CCP campaigns targeting state-level officials, and local interests, have been in full swing for years, and they’re increasing in intensity,” Pompeo said. “The Party and its proxies aim to make Americans receptive to Beijing’s form of authoritarianism.”

Chinese officials are using their American consulates to mount pressure campaigns on local governments, encouraging them to pass laws and resolutions that Beijing sees as beneficial to its image. These can take the form of measures praising China’s response to the coronavirus pandemic, which have been pushed in several state legislative bodies, or other initiatives meant to diminish U.S. ties to disputed Taiwan. These efforts are punctuated by “CCP influence and espionage campaigns at the municipal and city level,” according to Pompeo.

5 years ago today: Joe Biden toasted Chinese leader Xi Jinping and the “beautiful history” they would write together. pic.twitter.com/5ExhAcdmVi

And he did save the suburban neighborhoods. Democrats tried to federalize local zoning laws. Trump stopped them.

“Please, please like me” is actually a pretty fun, funny, and self-deprecating way of connecting. This is why so many ppl forgive Trump his jagged edges – he can laugh at himself. https://t.co/SRrxlM7n0a

Of course they would have had a conniption fit. If one ever needed more evidence of how in the tank the media is for mega corporations, the CCP and the Democrats….. 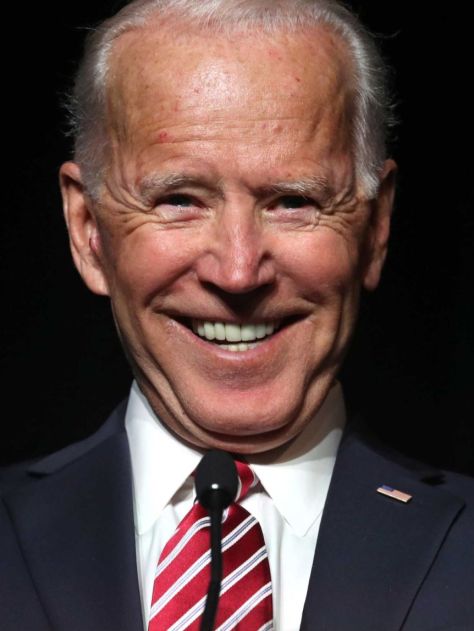 Republican states are recovering better than Dems and had less Covid deaths. European countries took the lockdowns way too far and have lost twice the GDP as the United States.

The Democrat media routinely smears and lies about James O’Keefe. He catches people and groups in power either committing crimes or planning to committing crimes or bragging about crimes committed. The Democrats often accuse him of selectively editing or doctoring video. Then O’Keefe sues. He has never lost a lawsuit and had gained at least 323 retractions of the lies the elite media have told about him.

They keep on lying so they will keep writing James O’Keefe checks.

Even though the Bee is a satire site, there is often more truth in their content than one will find in the elite media. This is simply brilliant.

Man Who Agrees With The Media, Universities, Corporations, And Hollywood Thinks He's Part Of The Resistance https://t.co/MILlvZ7iPq

SEATTLE, WA—The Babylon Bee had the honor of sitting down with a local brave #resistance fighter to learn more about the fearless counterculture fighting against hate and other bad stuff like that. According to Doy Keeblesmush, a leader of the local resistance movement in Seattle, the ideology consists of whatever the media, universities, corporations, and Hollywood tell them they should think.

“Yeah, I’m pretty much a free thinker,” said Keeblesmush when interviewed at a protest rally sponsored by Kinko’s. “I would say my ideology is an eclectic mix of Vox, Marvel comics, Starbucks’ Twitter feed, and whatever my Sociology 101 professor says. There’s a lot of hate and misinformation out there, so it’s important that I get my life’s moral compass entirely from multi-billion dollar corporations and celebrities. The only exception is dead German philosophers like Marx. They’re cool too.”

According to Keeblesmush, blindly following the prevailing winds of culture as dictated by trends and hype is the best way of making sure one is on the “right side of history.”

“It’s important to be on the right side of history since that is literally the only way to determine whether something is right or wrong!” said Keeblesmush. “Now if you’ll excuse me, I have to attend an afternoon boycott of MyPillow organized by Tempur-Pedic.”

This analysis is brilliant. Democrats are delegitimizing the court as it is to justify politicizing it by packing the court later.

Here is another example of what Tucker is talking about: