Using software that runs thousands of bot accounts the US Government has been using your taxpayer dollars to influence you, as well as others,  on social media.

The operations can be fake news posts, a thousand bots that all post the same thing, or bots that post predetermined replies on the posts of others when certain keywords are detected.

The Pentagon has ordered a sweeping audit of how it conducts clandestine information warfare after major social media companies identified and took offline fake accounts suspected of being run by the U.S. military in violation of the platforms’ rules.

Colin Kahl, the undersecretary of defense for policy, last week instructed the military commands that engage in psychological operations online to provide a full accounting of their activities by next month after the White House and some federal agencies expressed mounting concerns over the Defense Department’s attempted manipulation of audiences overseas, according to several defense and administration officials familiar with the matter.

The takedowns in recent years by Twitter and Facebook of more than 150 bogus personas and media sites created in the United States was disclosed last month by internet researchers Graphika and the Stanford Internet Observatory. While the researchers did not attribute the sham accounts to the U.S. military, two officials familiar with the matter said that U.S. Central Command is among those whose activities are facing scrutiny. Like others interviewed for this report, they spoke on the condition of anonymity to discuss sensitive military operations.

God Bless Hilary Fordwich for having the courage to say what a great many people actually know but are too fearful to articulate in public. Britain banned slavery, even before the United States.

It was not “white slavers” who went into Africa to kidnap people to enslave, it was African kings who sold their own people and/or people of other tribes and had them waiting on the beach to sell.

A fine film “Amazing Grace” was made about William Wilburforce, the man who led the abolitionist movement in England: 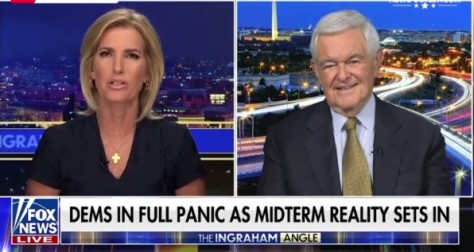 They lied about the poke, they hid how ineffective it is and lied about the severity of the side effects. They tried to hide how the drug companies were giving money to government officials.

They used COVID to persecute small business and weaponize the laws so that donors could stay open and non-donors could not. They tried to make it so all the government had to do was declare an emergency and all of the sudden you have no rights. They even waged war on the medical rights guaranteed by the Nuremberg Code.

For premium shaving products at a great price without the hate and the woke nonsense.