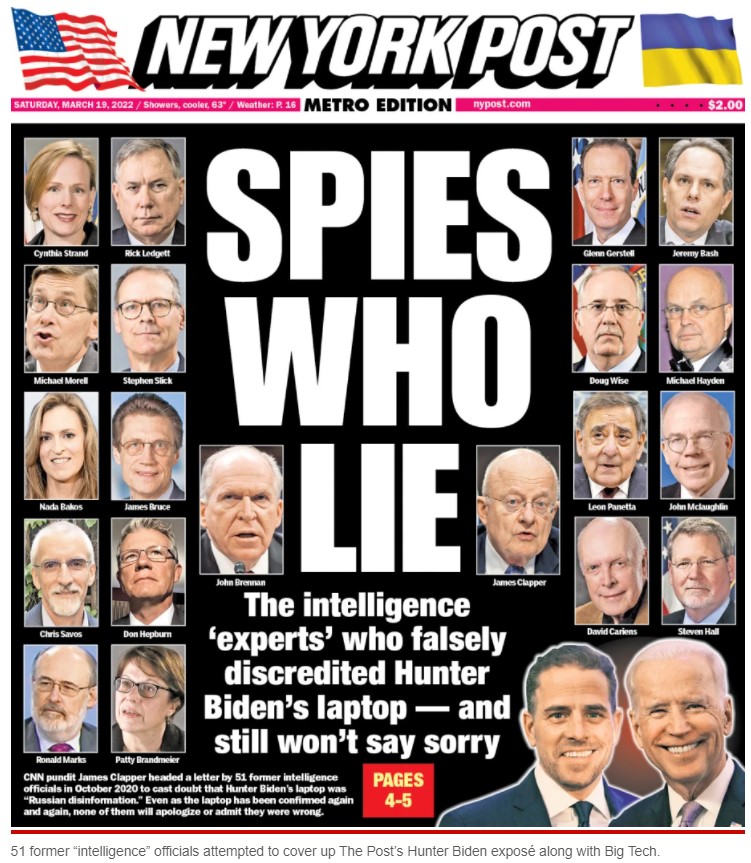 Remember those 51 Intelligence Community officials who signed a public document saying that Hunter Biden’s Laptop was “Russian disinformation” when they knew the laptop was authentic.

The laptop contains a roadmap of Biden family financial crimes and grifting, as well as graphic video of drug, gun and sex crimes committed by Hunter Biden himself.

The FBI went so far as to contact social media companies to tell them that the story was Russian disinformation pressuring them to censor the story, which they did.

President Joe Biden’s latest pick for his Intelligence Advisory Board is an MSNBC pundit who was among dozens of former intelligence officials to sign a letter in 2020 claiming, without evidence, that the Hunter Biden laptop story was part of a Russian disinformation operation.

Jeremy Bash, a former chief of staff at the CIA and Pentagon, was picked by Biden to be part of the President’s Intelligence Advisory Board on Friday. Bash, along with roughly 50 other ex-intelligence officials, signed a letter in October 2020 claiming the Hunter Biden laptop saga had “all the classic earmarks of a Russian information operation,” while Bash himself suggested on TV that the laptop story was “Russian disinformation.”

Bash’s LinkedIn lists him as the founder and managing director at Beacon Global Strategies and a national security analyst at NBC News and MSNBC. He is also on the board of directors for the International Spy Museum.

2 thoughts on “Biden Appoints Ex-CIA Official Who Lied To America About Hunter’s Laptop.”