Newsweek: Putin Says He Wants to Work With Biden, Claims ‘Shared Values’ Between Democrats and Communism

Newsweek included a few facts in this article, namely how Putin favors Joe Biden and sees similarities between the Democratic Party and his former Communist Party in Russia which killed 50-60 million people. But the rest of the piece is an outrageous and dishonest hit job on Trump. 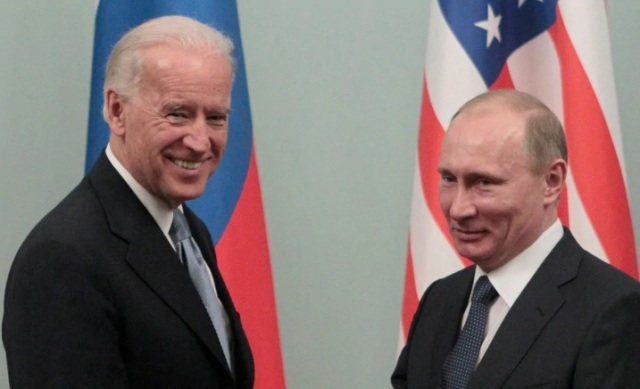 The president said the Kremlin would be open to working with whoever sits in the Oval Office in 2021, despite U.S. intelligence reports indicating that Russia is trying to undermine Biden in the same way it did Democratic candidate Hillary Clinton in 2016.

But Putin linked Biden to communist ideology during the interview. While Putin—a former party member, KGB colonel and intelligence operative—made the comparison in positive terms, his comment lines up with GOP talking points about the Biden-Kamala Harris ticket. Trump and his allies have tried to frame their opponents proposing a far-left, extremist platform dictated by the progressive wing of the Democratic Party.

“After all, I was a member of the Soviet Communist Party for nearly 20 years” Putin added. “I was a rank-and-file member, but it can be said that I believed in the party’s ideas. I still like many of these left-wing values. Equality and fraternity. What is bad about them? In fact, they are akin to Christian values.”

Apparently Putin find mass murder to be a Christian value. The rest of the Newsweek article is outrageous spin, including another attempt to accuse Trump of collaborating with the Russians in 2016. Declassified internal FBI and DoJ documents have revealed that key Democrats, in league with the CIA and FBI, manufactured the scandal to frame and entrap President Trump as well as several officials in his campaign. The Senate Report Newsweek refers to as ‘evidence’ was released long before this new evidence was revealed.