Politico’s Chief Political Correspondent is Glenn Thrush, and like so many other reporters from the NYT, Boston Globe, AP and television, he submits his work to the Hillary Campaign for approval, even going so far as to admit “I have become a hack”. Well welcome to a pretty large club in the elite media Glenn.

Have you noticed that exactly ZERO of the reporters caught in this scandal have been fired?

In the email he asks if he effed up anything and admits he is a hack and below is his submitted article: 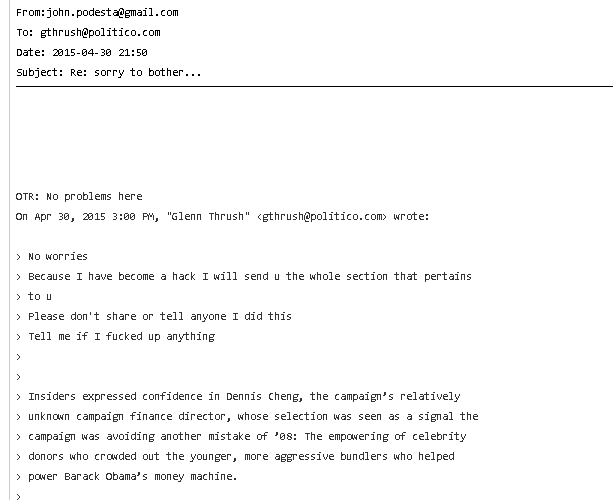