SuperPAC’s can raise unlimited money and are not very transparent. This is why it is illegal for them to have anything to do with a political campaign, their staff etc etc.

But, the most openly known secret is that coordination does happen on both sides of the isle.  With the political overlap of just who knows who in political circles some coordination is almost impossible to avoid. The difference here is the shockingly brazen way Hillary’s Campaign is coordinating with SuperPAC’s such as David Brock’s  American Bridge 21st Century and Correct the Record. Brock is also a board member of the superPAC Priorities USA Action.

Emails obtained by WikiLeaks show that coordination with Brock’s superPAC’s, and David Brock himself, was regular, ongoing and coordinated at the very top. Not just by Hillary’s Campaign Chairman John Podesta, but by the campaign’s top inner circle including Robby Mook, Hillary’s campaign manager and Jennifer Palmieri her campaign spokesman.

Emails show Podesta having a long fund raising relationship with Brock going back at least to 2008. Where is becomes illegal is when Podesta took on a leading role in Hillary’s presidential campaign.

This email shows Hillary’s campaign manager Robby Mook trying to coordinate with David Brock to get an advance copy of the book “Clinton Cash” which exposes much of the pay for play schemes that have taken place with the State Department and the Clinton Foundation.

This email has Marc Elias, who is the Clinton Campaign’s FEC Lawyer responding. You read that correctly, Hillary’s lawyer was helping to illegally coordinate the campaign with the Brock superPAC’s.

In this email, we see Hillary Clinton’s top campaign staffers having an email conversation with David Brock about sicking him on Marco Rubio for using a false Bill Clinton quote in a fund raising letter. 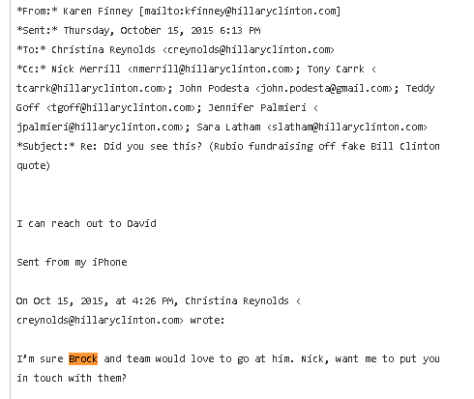 And still, it gets even better. Law Newz has obtained a training memo showing how Clinton staffers can direct would be donors to contribute to Brock’s superPAC without leaving an evidence trail. The memo is from Marc Elias himself: https://www.scribd.com/document/327075712/Memorandum-on-Interactions-With-Priorities-USA#from_embed

The great thing about having Marc Elias engage in this criminal activity is that he can use “attorney-client privilege” to help cover it up. (UPDATE – Ed Morrissey comments HERE.) 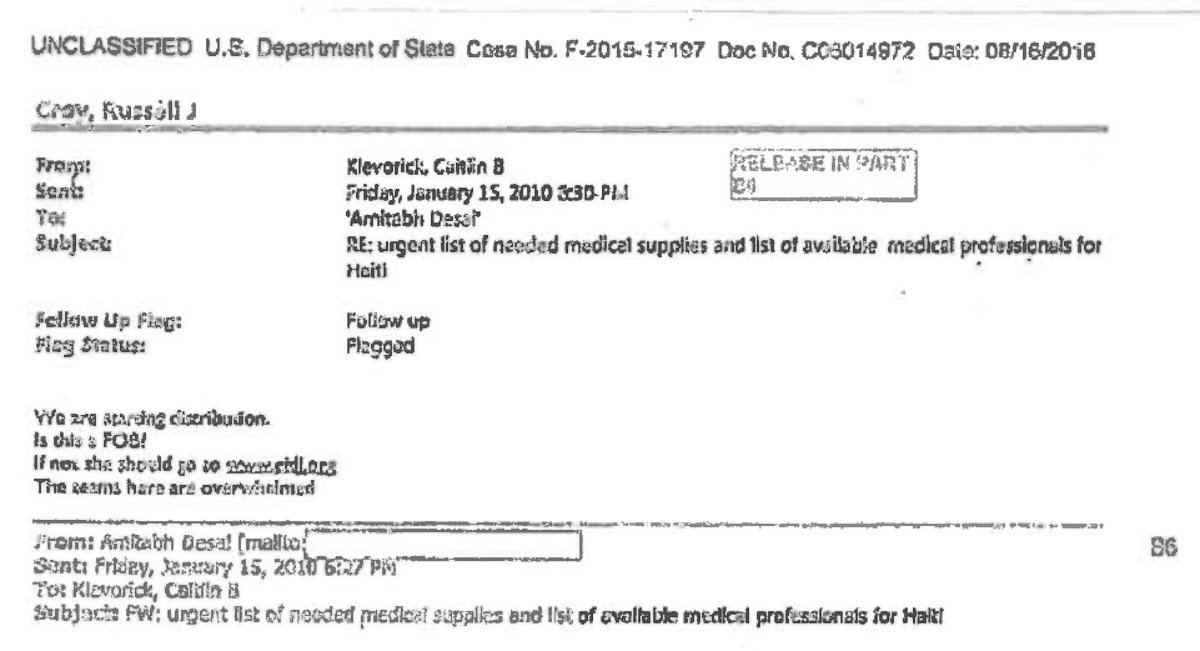 Yes, the Wall Street Journal too.

Peter Hart, the pollster for WSJ reached out the the Clinton Campaign to help them. How generous.

This is no surprise to your truly as the WSJ/NBC polls have been shoddy for some time now, which reminds me that it is a good idea to post a new “Fine Art of Poll Rigging” editorial soon.

In the latest WSJ/NBC Poll Peter Hart polled 500 registered voters, but since Motor Voter legislation almost everyone is registered to vote.

OK, so how many people that Hart of the 500 people polled actually plan to vote? Just 83.

OK so was the poll balanced? Were Democrats over sampled? Of course they were. Among the voters 46 voted for Obama, 33 voted for Romney.

So why poll people who have no intention of voting? Because those people are the least informed and will regurgitate the narrative they see in the elite media because they don’t know any better.

Wow, you just can’t make this stuff up.

WikiLeaks has shown us via Hillary Clinton’s own campaign emails that there is no line between the Democratic Party and most of the elite media that covers them.

The rules seem to work like this – If  Republican miss speaks it is screamed loud and proud by the elite media and there are no “do overs” or revisions, but if you are a Democrat not only do you get do overs, you get to pick and choose what quotes are used and even get the questions in advance.

In this email NYT reporter Mark Liebovich asks Clinton Campaign Communication Director Jennifer Palmieri for permission to use certain quotes, submits his piece to her for approval and gives them veto power on what should or should not be included. So much for journalistic ethics.

Leibovich opens his article using his sighting of a moose as a “point of connection” with Hillary. As instructed he conceals Clinton’s mention of Palin and all other portions of the interview the campaign vetoed.

Despite allowing the Clinton campaign the ability to veto any interview content, in his article, Leibovich brags that even after the campaign sent him an email in the leadup to his story instructing him that the campaign office was “OTR” or off-the-record, he responded by writing that he “wasn’t abiding by any ‘office is off the record provisions.’”