“Palestinians”(Southern Assyrian’s) who live in the Gaza Strip and the Wast Bank of Israel  have the 8th highest obesity rate in the world, and the third highest among women according to statistics collected by The World Health Organization (WHO) and published in The Economist magazine.

Far left and antisemitic activists often claim that Israel cuts off food and other humanitarian supplies to Gaza and that as a result Gaza’s go without food, clothing and suitable water. Ironically the largest contributor of humanitarian aid to Gaza is Israel. 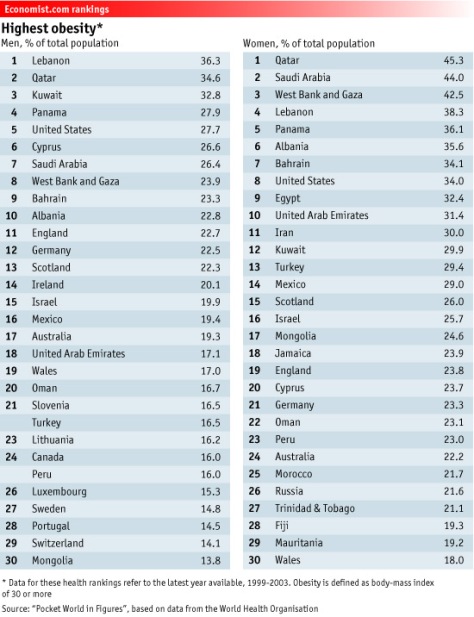 5 thoughts on ““Palestinians” have the 8th highest obesity rate in the world; third highest among women”