Via our friends at Heritage:

Fact: President Barack Obama’s Energy Secretary Steven Chu wants to “figure out how to boost the price of gasoline to the levels in Europe.” At the time he made the statement, gas cost $7 – $8 a gallon in Europe. 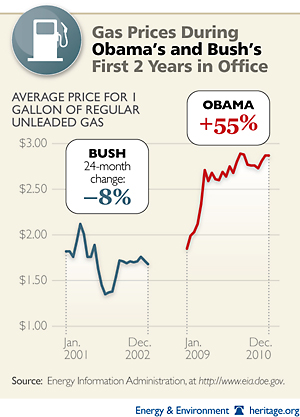 All of these policies raise gas prices at the pump by either: 1) decreasing the availability of domestic energy supplies, or 2) increasing regulatory costs on gasoline production.

Chuck Norris gives the opposition research short list on Rick Santorum. Some of these shots are not totally fair and some of them do apply to Newt as well, but still it is a comprehensive short list.

Must see. Watch and learn.