ESG stands for Environmental Social Governance. It is a version of the “social credit score” imposed by the Chinese Communist Party (CCP) to squash all dissent. 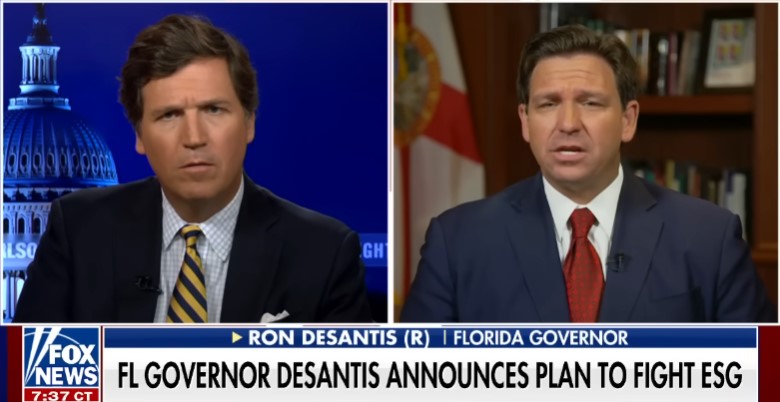 The World Economic Forum (WEF), the CCP, as well as far left mega-investors such as George Soros, Klaus Schwab, Bill Gates, and Blackrock are using their market power and allies to pressure groups like PayPal to freeze donations to groups such as Moms4Liberty who work for educational transparency and parental rights in education. They pressure persons and companies to not invest in American energy, agriculture, firearms manufacturers or companies owned by Christians.

They work with BigTech to censor those who oppose their agenda. They want to implement the “green new deal” and cut farming in half. They are also involved with the Bill Gates initiative to get ordinary people to quit eating meat and eat insects and algae for proteins.

The WEF elites will continue to eat steak, fly on private jets and party on their yachts.

The country of Sri Lanka implemented the ESG agenda attaining a 98% ESG score. In doing so they put their farmers out of business, caused massive food and supply shortages, mass unemployment which lead to  economic collapse. The people revolted and literally ran their government officials out of the country.

Holland, Germany, Spain, Argentina, and Italy, are not as far along in implementing ESG, but food shortages, inflation, energy shortages, and unemployment are already leading to great social unrest.

Remember what the WEF says, You will own nothing and like it.