Can it get any dumber? Maria Bartiromo reports these drones use software that the CCP can use to monitor the drone secretly (video) 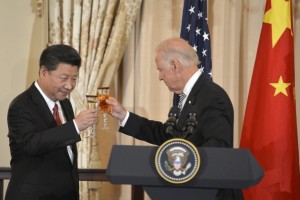 The FBI has to launch a new Chinese espionage investigation every 10 hours.

The Chinese have spent millions investing into Hunter Biden, Al Gore, the Clintons and countless others.

The Chinese even has a “Honey Pot” Spy sleeping with Congressman Eric Swalwell who is a Democrat who sits on the House Intelligence Committee. Nancy Pelosi kept him on the committee and the Biden Administration would not yank Swalwell’s security clearance.

Cathy He at the Epoch Times:

Rep. Jim Jordan (R-Ohio), the ranking member of the House Judiciary Committee, has asked Attorney General Merrick Garland to explain why prosecutors have dropped a series of cases connected with the Justice Department’s (DOJ) crackdown on Chinese espionage.

In July, federal prosecutors filed motions to dismiss charges against six Chinese researchers who had been accused of hiding their ties to Chinese institutions or the Chinese military. The DOJ said at the time that “recent developments” in those cases had prompted the department to “re-evaluate these prosecutions,” stating that the dismissals were made “in the interest of justice.”

However, other reports have suggested that the decision to drop the charges was due to other reasons, such as the FBI’s failure to properly inform the accused of their rights against self-incrimination, Jordan wrote to Garland in a joint letter (pdf) with Rep. Andy Biggs (R-Ariz.) dated Sept. 27.

“It is not clear whether the Department dismissed these [charges] due to reported misconduct by the Federal Bureau of Investigation (FBI) or because the Department under your leadership is more invested in pursuing the far-left political goals of the Biden-Harris Administration than in protecting American national security interests,” the letter reads.

“These actions by the Department raise serious concerns about its commitment to confronting the national security threats posed by the People’s Republic of China.”

The letter comes days after the DOJ struck a deal with Huawei Chief Financial officer Meng Wanzhou allowing her to return to China, nearly three years after the executive was arrested in Canada at the request of U.S. prosecutors who had accused Meng of lying to HSBC, causing the bank to violate U.S. sanctions on Iran. The deal, which paved the way for the release of two Canadians held in China, has similarly prompted Republican lawmakers to question the Biden administration’s approach to confronting threats posed by the Chinese Communist Party (CCP).

In recent years, the DOJ has, under a project called the “China Initiative,” aggressively pursued cases targeting the CCP’s expansive campaign of economic espionage against the United States. Academics, in particular, for the first time found themselves in the crosshairs over allegedly hiding their funding ties to the Chinese regime.

In 2020, there were at least six prosecutions against alleged undercover Chinese military officers posing as researchers at U.S. universities. But the department moved to drop five of those cases in July.

One of the cases was against Tang Juan, a researcher at the University of California–Davis, who allegedly hid her affiliations with the Chinese military in her visa application. She was arrested in July 2020 after being harbored by the Chinese Consulate in San Franciso for one month, according to prosecutors.

In another dropped case, the researcher, according to prosecutors, admitted under questioning by federal agents that he was instructed by his supervisor, the director of an unnamed military university lab in China, to “observe the layout of the UCSF [University of California–San Franciso] lab and bring back information on how to replicate it in China.”

In the letter, Jordan and Biggs requested the attorney general to provide details by Oct. 11 on why the department decided to drop the cases. The lawmakers also asked for information on the China Initiative, including the project’s staffing and resources and whether the department has any plans to “reform, prioritize, or reinforce its duties and responsibilities.”

“Especially at a time when President Biden’s disastrous foreign policy in Afghanistan has alienated allies and alarmed Americans, our country cannot afford the threat to the United States posed by Chinese espionage,” the letter reads.

DOJ officials didn’t respond to a request for comment by press time. 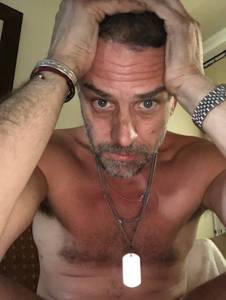 President Joe Biden’s son Hunter Biden boasted of having “access to the highest level” in China, according to emails of his business contacts obtained by Business Insider and released on Thursday.

The claim was made while Hunter Biden’s father was still vice president in a January 28, 2015, email between two Democratic donors, Sam Jauhari to Sheikh Mohammed al-Rahbani, who were both involved in a Libya deal over billions in Libyan assets that were frozen by the Obama administration.

“According to Jauhari, Hunter Biden sought a $2 million-per-year retainer when he offered to help unlock billions of dollars in Libyan assets that were frozen by the United States in the wake of the Obama administration-backed ouster of Libyan dictator Muammar Gaddafi and the collapse of the country’s government,” the Washington Examiner reported.

“Per phone conversation I met with #2 son. He wants $2 per year retainer +++ success fees,” Jauhari wrote to Rahbani. “He wants to hire his own people – it can be close circle of people for confidentiality. His dad is deciding to run or not.”

Jauhari continued, weighing the pros and cons of Hunter Biden having “access to highest level in China” versus him being an “alcoholic, drug addict – kicked out of U.S. Army.”

Jauhari wrote: “His positives are he is Chairman of UN World Food Program, son of #2 who has Libya file, access to State, Treasury, business partner SofS [Secretary of State] J. [John] Forbes K [Kerry] son and since he travels with dad he is connected everywhere in Europe and Asia where M. Q. [Muammar Qaddafi] and LIA [Libya Investment Authority] had money frozen. He said he has access to highest level in PRC [China], he can help there.” He added: “His negatives are that he is alcoholic, drug addict – kicked [out] of U.S. Army for cocaine, chasing low class hookers, constantly needs money-liquidity problems and many more headaches. We should meet in Gstraad or London to decide next steps.”

According to Business Insider, “two people close to the negotiations” said that “$2” meant $2 million for Hunter Biden. The report says that it appears that the deal with Hunter Biden did not end up happening.

The report further cited another email from the following year sent by Washington lawyer John Sandweg, acting director of Immigration and Customs Enforcement in 2013 and 2014 under the Obama-Biden administration, to the two Democratic donors, Jauhari and al-Rahbani, about his discussion with Hunter Biden over the Libya deal. 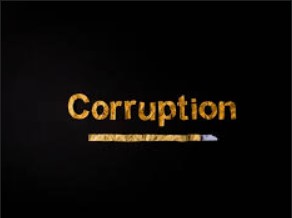 Among the tax breaks and subsidies for the Democrat’s friends in the bill, you know the ones who say YOU don’t pay enough, is a tax subside of $50,000 for journalists.

This will certainly get more journalists hired, but since the tax subsidy expires journalists will have a big financial incentive to make sure Democrats get elected to re-authorize the subsidy so they can keep their jobs.

The Democrats’ $3.5 trillion budget bill features tax breaks for countless progressive causes, but one buried in the fine print is a doozy. The House Ways and Means Committee voted last week to subsidize journalists. Congress wants to subsidize the only institution less popular than . . . Congress.

The “Payroll Credit for Compensation of Local News Journalists” offers print and digital publishers up to $50,000 a year for each journalist on staff. The tax credits are capped at 50% of each employee’s wage in the first year and drop to 30% thereafter. “Democracy depends on original reporting, and local newspapers are responsible for more than half of that,” Senate Finance Chairman Ron Wyden told the Seattle Times last week.

Well no kidding. The data being posted by those who actually follow the science have been saying this for months and been getting banned for it. The left wing politicians and their allies in the corpomedia have been ignoring that science, as well as ignoring the science for natural immunity. 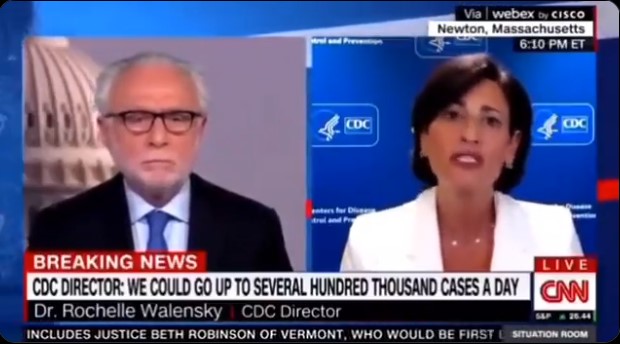 So if the poked can carry and transmit it why fire those who are naturally immune and don’t want the poke? The only science going on here is political science.

This maybe an excuse to bring back lockdowns and most people now have had the poke or are naturally immune.

Members of Congress are exempt from insider trading laws. This is one reason why politicians start out middle class and come out rich.

This list is very revealing. Big Pharma is well represented as two of the companies make the marginally effective Wuhan Poke.

You can also see that most of the others on the list have huge investments in China. This is why the corrupt establishment went after Donald Trump with such a zeal as Trump was doing much to impact China from ripping us off as they have with these one sided trade deals since the 70’s. 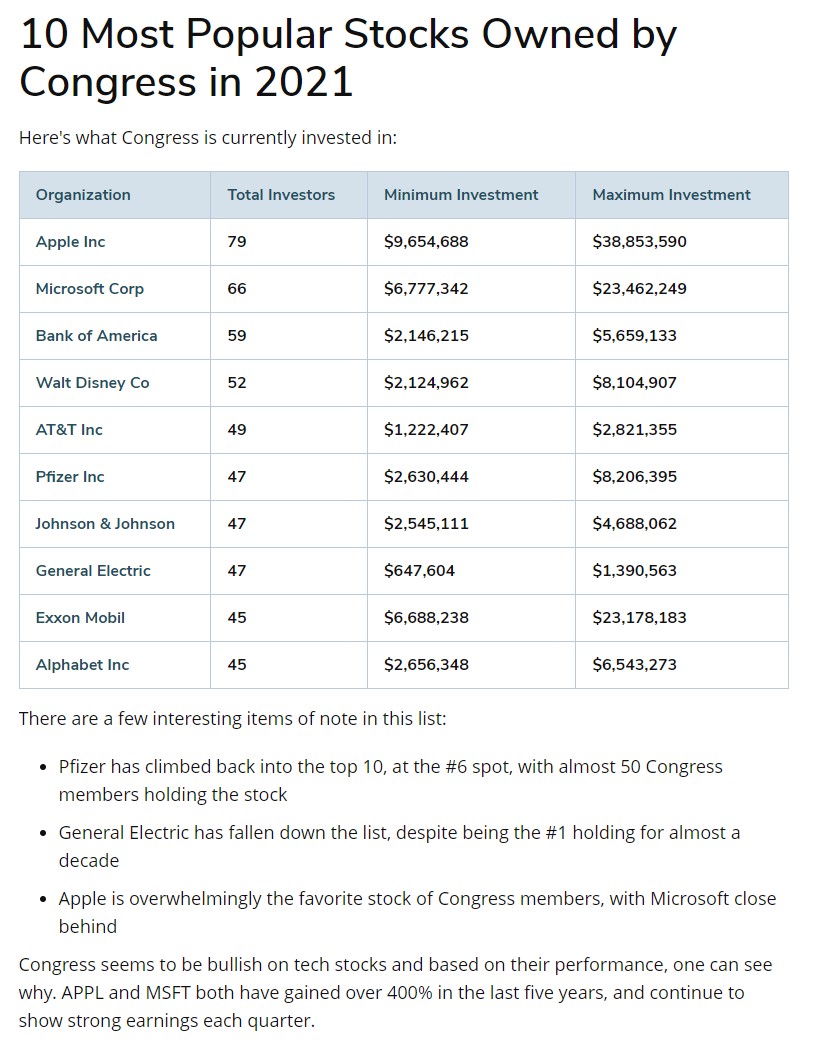 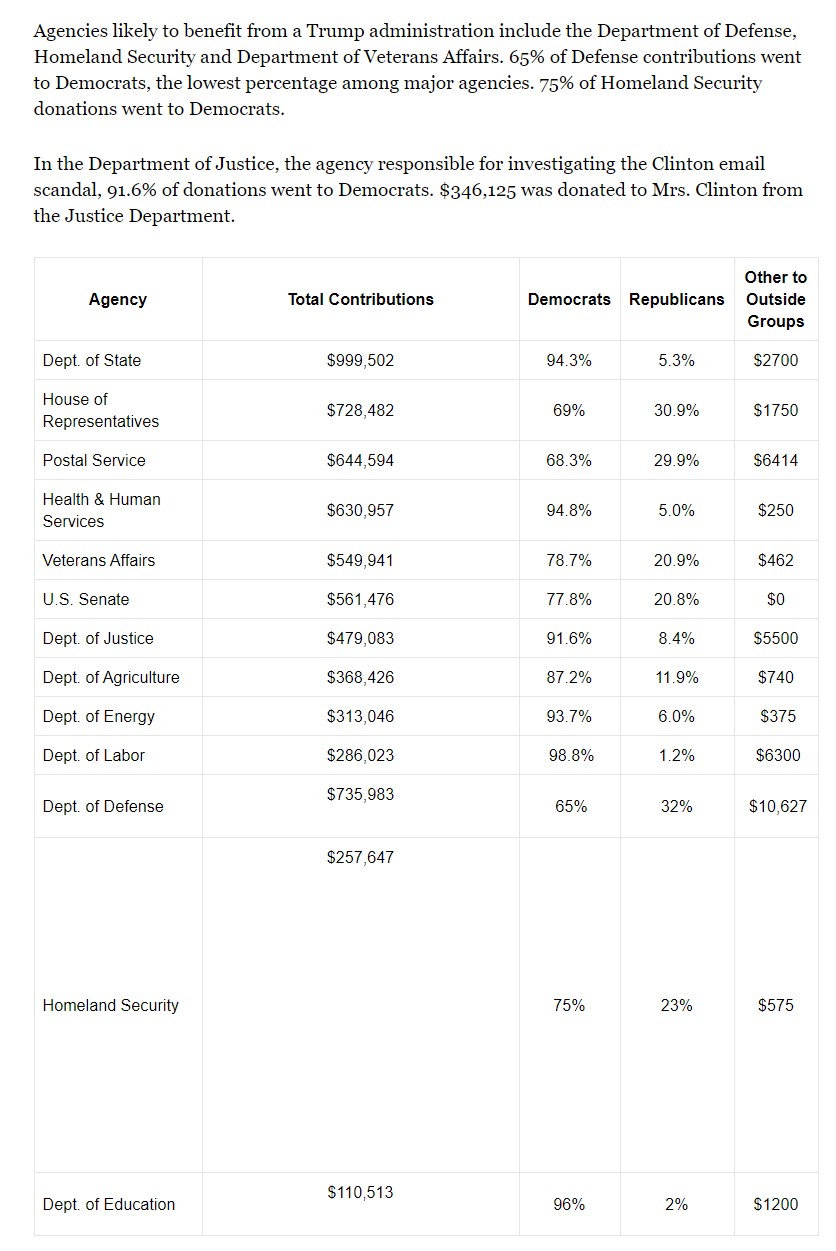 Imagine being in China’s backyard. On the globe that is exactly where Australia sits.

When Donald Trump was on Oprah warning how we were giving away the farm to China, Japan, Mexico and OPEC in these one sided trade deals, Mel Gibson was warning Australia of the same.

One can be sure that the politicians didn’t wake up one day thinking “America’s (or Australia’s) steel industry has an unfair advantage, so we are going to use tax dollars to help put them out of business” – they were paid by lobbyists to do it:

This chant has been appearing at stadiums of sporting events, concerts and most everywhere a large crowd gathers: