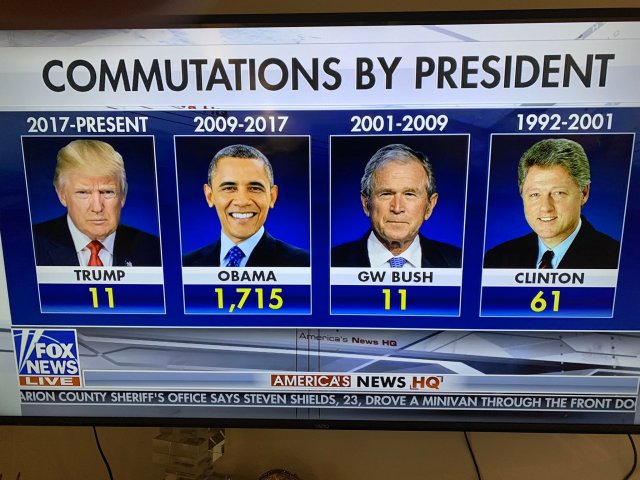 President Trump did the right thing in commuting Roger stone’s sentence so that he will not have to go to jail while waiting for his appeal, which he will eventually win.

Why will Stone win?

1 – The jury foreman in the trial is a hyper partisan Trump hater who bragged about hating them while on the jury, lied to get on the jury and lied to stay on the jury.

2 – The lower court Judge Amy Berman Jackson has been a known partisan for years and really showed it in this trial, her behavior during the trial s certainly appealable to put it mildly.

3 – This case was not worth prosecuting at it is a he said vs he said that is largely immaterial. Roger Stone and the witness against him, Randy Credico are two flamboyants who talk a bunch of smack.

4 – Why was it immaterial? IG Report, newly released FBI docs and the new docs released from Peter Strzok and Bill Priestap show that FBI leadership knew full well that RussiaGate was a nothing-burger before Mueller even started.

5 – These documents also show that the Mueller Team lied to the court as a matter of routine. Said documents have been submitted in recent court filings and is now in the hands of Senate Investigators and John Durham. Google it and read for yourself or go read them on Sidney Powel’s web site.

[Editor’s Note: The entire Russiagate investigation is fruits from a poisonous tree and was illegal in the first place. These same Mueller prosecutors have been caught in gross misconduct, lying to the court, violating discovery, brady etc with Trump, Page, Papadopolous, Manafort, KT McFarland, and Gen Flynn……can anyone be expected to believe that the same was not done here?]

Here is former Deputy Attorney General Rod Rosenstein, who appointed Mueller in the first place who has now admitted that RussiaGate was a nothing-burger and the little evidence that had was manufactured and/or not credible (he is lying about not knowing though, but still watch for yourself) –

Roger Stone reacts to the commutation of his sentence by President Trump. pic.twitter.com/D0UjBOKba0

Adam Schiff declared that he is "nauseated" by the Stone commutation but, like many Democrats, showed remarkable intestinal fortitude when Clinton pardoned his own brother, a fugitive donor, and a convicted friend from the Whitewater investigation. https://t.co/vtoQMN8BVf