And one employee used an AK-47 variant style rifle. 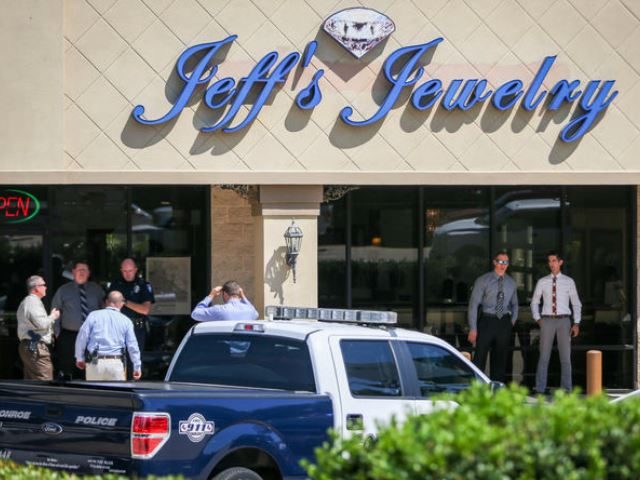 An employee of a jewelry store in Conroe, Texas, pulled an AK-47 from behind the counter to stop four would-be armed robbers. One of the armed robbers opened fire and multiple employees returned fire, killing the suspect.

Jeffery Turner, Jr., owner of Jeff’s Jewelry Store in Conroe, told police that four men entered his store and demanded jewelry, purses and other items. At least one of the robbers displayed a firearm, according to Montgomery County Police Reporter’s Scott Engle. One of Turner’s employees responded by pulling an AK-47 semi-automatic rifle from behind the counter. The gunman fired at the store employees and a firefight ensued. At least three employees were said to have fired weapons at the robbery suspects.

I write about politics, education, economics, morality and philosophy.
View all posts by Chuck Norton →
This entry was posted in Firearms, Uncategorized. Bookmark the permalink.