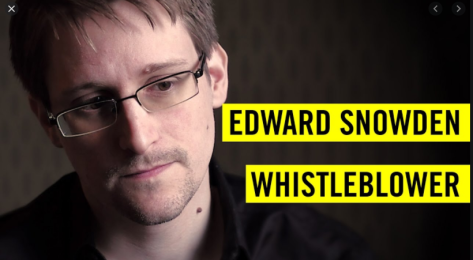 Even after the FBI was caught lying to the FISA Court to spy on the Trump campaign, lie to the courts to prosecute people like General Flynn and George Papadopoulos, after Ed Snowden reveals the the FBI and CIA was illegally using NSA spying tools against Americans, even after President Trump has been working top hold people at the FBI accountable for breaking the law…the FBI is STILL breaking the law!

Director Wray needs to go. This lawless bureaucratic resistance must end. The court scolds but they still are taking no punitive action. Who knows, maybe some of them are in on it.

Under Director Chris Wray, the FBI continues to engage in “widespread violations” of rules protecting Americans’ privacy while searching through national security surveillance data, the chief judge of the Foreign Intelligence Surveillance Court has concluded.

In a ruling made in December but unsealed over the Labor Day weekend, Judge James Boasberg revealed that a July 2019 audit had found 87 instances in which the FBI queried “raw FISA acquired” evidence even though agents or analysts “were not reasonably likely to retrieve foreign intelligence information or evidence of a crime” as required by law. In other words, they risked violating Americans’ privacy without a lawful basis.

“There still appear to be widespread violations of the querying standard by the FBI,” Boasberg concluded, citing examples in which NSA records were searched for unnecessary or unlawful reasons.
You can read the ruling here.

In his 83-page heavily redacted ruling, the judge also cited concern about a group of searches involving 16,000 people, rejecting the bureau’s argument they were necessary and lawful.

“Based on the facts reported, the FBI’s position that the queries for all 16,000 persons were reasonably likely to retrieve foreign-intelligence information or evidence of a crime is unsupportable,” he wrote.

Despite the concerns, the judge nonetheless proceeded to approve the latest rules allowing the FBI to continue to conduct such searches of data gathered by the National Security Agency or under the Foreign Intelligence Surveillance Act.