PJ Media: All The Evidence That Universal Mail-In Voting Would Be a Disaster 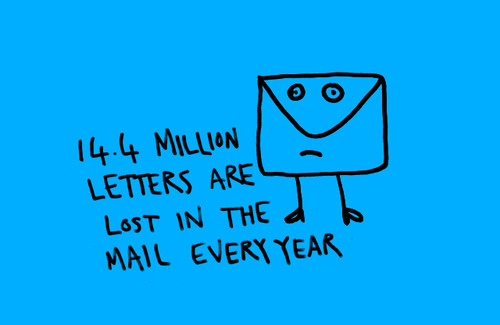 Last week, House Democrats passed a $25 billion bailout of the U.S. Postal Service that they say is necessary to help get them ready for the massive influx of mail-in ballots expected in the November election. They also aim to block various efforts they believe are being done to undermine the postal service, but are actually longstanding cost-saving measures to make the postal service more efficient.

President Trump and Republicans have repeatedly warned that universal mail-in voting would be a disaster. This year, we’ve seen several elections done via mail that resulted in significant problems either due to voter error, counting issues, missing ballots, or outright fraud.

Universal mail-in voting proponents on the left point to states that have been doing vote-by-mail for years as proof it can be done nationwide, but this simply isn’t the case.

“New proponents of mail balloting don’t often understand how it actually works,” says Public Interest Legal Foundation President and PJ Media contributor J. Christian Adams. “States like Oregon and Washington spent many years building their mail voting systems and are notably aggressive with voter list maintenance efforts. Pride in their own systems does not somehow transfer across state lines. Nevada, New York, and others are not and will not be ready for November.”

With just over two months before the presidential election, no amount of money could get the USPS ready for a universal mail-in election.

A secure and reliable national mail-in voting system would take years to develop. There has been enough evidence this year alone that should have ended this debate for the 2020 election and it’s about time for the left to open their eyes and see that problems with mail-in voting are happening in different states nationwide. Here are some examples of those mail-in voting failures.

California
Last month, the Associated Press reported that “more than 100,000 mail-in ballots were rejected by California election officials during the March presidential primary,” noting that the mistakes resulting in the rejection could have been resolved by in-person voting. “While polling places include workers who can assist people who have questions about filling out ballots, a voter doesn’t have support at home and so problems can arise,” they wrote.

New Jersey
Last week, a Paterson, N.J., City Council election was invalidated by a judge due to rampant mail-in voter fraud. State Superior Court Judge Ernest Caposela ruled that the election for a Paterson City Council seat had been irreversibly tainted. A new election has been ordered to take place in November. Four people were charged with criminal conduct in connection to the voter fraud, including a sitting councilman and a councilman-elect.

Michigan
Michigan supposedly has very current voter registration lists, but, as was reported last week at PJM, “state election authorities rejected 846 ballots from people who were dead and another 1,100 ballots from people who had moved” for the August 4, primary. In Detroit alone, “72 percent of absentee ballot precincts recorded totals that didn’t match the actual number of votes,” resulting in Wayne County, the largest county in the state, calling for an investigation.