Rush Limbaugh was trying to use absurdity to demonstrate her absurdity and went to far; then there is Bill Maher donated $1 million to Obama’s SuperPAC and he regularly uses the words c*nt, tw*t, b**ch, boob, etc to describe female politicians and others he doesn’t like.

Now this is not justification for Limbaugh’s mistake, but when I look at the facebook pages of those having a fit about Limbaugh, I see nothing about Bill Mahar, or so many others. In fact, as far as the elite media goes, they were blaming Sarah Palin for the Arizona shooting and that went on for days… and these are the people acting as if they are the civility police.. please.

Much of the time, those shouting *civility* are the biggest hypocrites imaginable. For some shocking evidence of just what I am talking about take a look at About Civility Part I and About Civility Part III [you can see our previous Sandra Fluke coverage HERE and HERE.]

Special thanks to National Review for doing some good homework:

The Democratic party continues its bold stand against hateful rhetoric, such as the C-word, this time in Alabama:

An Evening with Bill Maher

Tickets are $100 and include admission to the pre-event Chairman’s reception and prime seating at the performance. 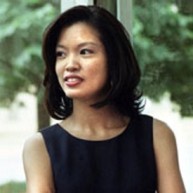 Also, Michelle Malkin, who is routinely called every dirty name in the book and more in a constant smear campaign from the left that never ends, has a must see column today titled The War on Conservative Women.