As we reported on December 7th, famed attorney Robert Barnes exposed how the Department of Justice (DoJ) sentencing memoranda against convicted liar, forger and ex FBI senior counsel Kevin Clinesmith showed that the Special Prosecutor John Durham, picked to investigate the illegal spying on President Trump is infect the special prosecutor in charge of finishing the cover up.

In order to spy on the Trump Campaign to make it look legal, the FBI had to make Trump campaign advisors Carter Page, George Papadopoulos and General Michael Flynn appear to either be be secret Russian agents or otherwise compromised to be in league with Vladimir Putin allegedly with President Trump’s blessing. They are all innocent.

The DoJ Inspector General’s report, as well as court documents and declassified FBI/DoJ notes prove that the FBI/DoJ knew full well that the Trump/Russia allegations were manufactured by partisans in the FBOI/DoJ and other parts on the intelligence community. They knew it before Special Prosecutor Mueller started his fiasco of an investigation.

Clinesmith submitted the altered/forged letter, along with other false evidence to the FISA Court, in order to get them to reapprove spying warrants on the Trump campaign and transition. Clinesmith was caught red handed by the DoJ Inspector General so Durham had to charge him and Clinesmith plead guilty.

Durham did not lean on Clinesmith at all to get other bad actors and criminals in the FBI such as Peter Strzok, James Comedy, and Andrew McCabe. Rather the FBI sentencing memorandum recommended six months in jail. By Contrast they threw the book at George Papadopoulos for misremembering a detail about another FBI paid liar Josef Mifsud and the same DoJ asked the judge to give Roger Stone eight years in prison for lying about something that turned out to be inconsequential to Congress. The difference is that Papadopoulos and Stone supported Trump and Kevin Clinesmith is a self proclaimed member of “The Resistance”. 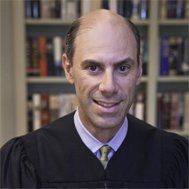 Judge James Boasberg who was elevated to the US District Court for the District of Columbia by President Obama, sentenced Clinesmith to PROBATION. It gets better, Judge Boasberg actually had the temerity to say he “does not believe political bias against the Trump campaign influenced Clinesmith’s actions.”

It gets even better, Judge Boasberg used to sit on the FISA Court, which makes one wonder how many judges on the FISAQ Court were in in the illegal spying. There used to be a time when federal judges got upset when they were lied to. It seems those days are long gone.

This is bigger than Clinesmith. The American people must have confidence that the tools Congress has provided to the Intelligence Community, like the Foreign Intelligence Surveillance Act, will NOT be used to spy on them but rather foreign adversaries.

Clinesmith is even worse because he was an FBI lawyer, lying to FBI agents who should be able to trust him to not provide them with false evidence for a court application.

Defendant's criminal conduct put his family in a bad situation, should not negate his sentence.

Kevin Clinesmith abused his power and authority in an attempt to ultimately deprive innocent people of their rights to liberty and freedom, and he gets probation. This is exactly why Americans have no confidence in the Justice Department. https://t.co/Uv5930xXbU