Former Teacher: Here’s How Your Children Are Getting Indoctrinated by Marxist/Communist Ideology. 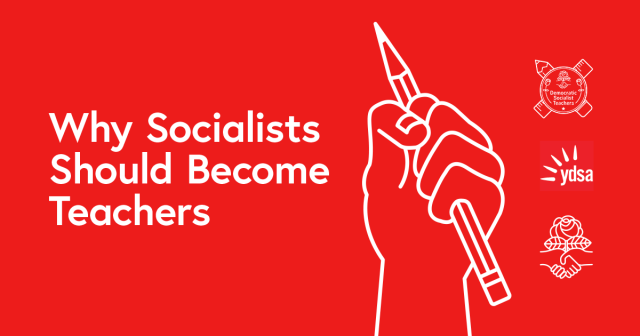 Via The Daily Signal:

Your children are being indoctrinated. The education system designed to teach them how to think critically has been weaponized by the radical left to push an anti-American agenda.

As someone who has worked in education for four years, I have seen firsthand how your children are being ensnared by the left and their teachers.

I worked with kids from ages 3 to 13 and saw the brainwashing that exists at all levels of education. The left uses a combination of propaganda and suppression to push kids into the ensnaring grip of socialism and anti-patriotism.

First is the propaganda. Teachers will assign work instilling the idea that the pillars of Western civilization were evil, and their memories deserve to be thrown in the trash.

Here’s an example. I was helping one of my elementary school students with a homework assignment about listing famous Britons throughout history. She already had some of the more obvious ones: Shakespeare, Princess Diana, Queen Elizabeth.

“Well, how about Winston Churchill?” I recommended.

“Oh no, not him,” she replied. “He was a racist and didn’t think women should have rights. He wasn’t a good guy.”

I was floored. It clearly wasn’t something she came up with on her own. She was just regurgitating propaganda her teacher had taught her. All sense of nuance and critical thinking about the man who saved Europe from the Nazis was gone. Churchill committed “wrongthink,” so in the bin he goes.

Another way the left propagandizes is through the normalization of its views and positions as nonpolitical.

But it isn’t just a matter of actively teaching that America and the West are evil. Suppression of “wrongthink” is equally as important to the brainwashing process. The lessons I was allowed to teach also were censored.