Castro lived like a king; had 20 homes, mistresses, yacht, and a private island.

As this very writer said long ago there are four types of leftists. At the top of the food chain is the oligarch who is constantly virtue signalling the far left talking points, feeds the envy, the hate, and the divisiveness to the useful idiots and utopians, but to him it is all tools to an end. The left fawns all over this man and his murderous ways as they lack a moral center. 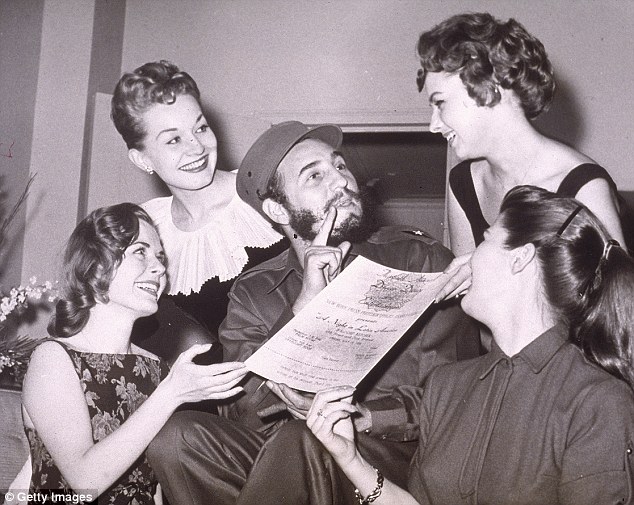 Fidel Castro the restless revolutionary had no time for pleasure, despising holidays as ‘bourgeois’ and claiming to live in a fisherman’s hut. His only luxury was the cigars that he continually chomped.

Or so he insisted to fellow Cubans who endured decades of abject poverty, crumbling housing and food rationing during his long rule. However, the reality — carefully kept from public consumption thanks to his iron grip on the media and public discourse — was very different.

A prodigious womaniser and food connoisseur who kept some 20 luxurious properties throughout the Caribbean — including a private island he used to visit on his beautiful yacht — Castro was a complete fraud.

The man who spent his life railing against the excesses of capitalism lived like a king — and a very debauched one at that.

However, when Forbes magazine listed Castro in 2006 as one of the world’s richest ‘kings, queens and dictators’, he angrily insisted he lived on a salary of £20 a month.

Read on and see the photo’s HERE.

I write about politics, education, economics, morality and philosophy.
View all posts by Chuck Norton →
This entry was posted in Propaganda, Uncategorized. Bookmark the permalink.